Sorry for the late post, but I assure you it's worth the wait. This weekend we have two ultra lost and obscure albums from Secret Stairways, a project of the rather prolific Matthew Davis who was involved in Twelth of Never, a rather heavy goth rock band, Faces of Bayon, a doom project, and Tears ov Blood, a goth solo project of his. Tragically, Matthew Davis passed in 2011, a victim of suicide. I contacted his friend David who was gracious enough to send me scans of both Secret Stairways releases and full high quality rips (endless thanks). 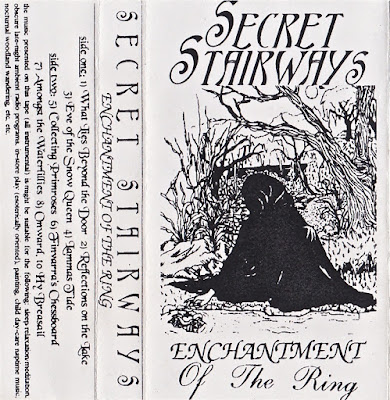 Enchantment of the Ring is the first release from Secret Stairways on cassette from 1997. I will go ahead and say it: this is Depressive Silence level classic. I do not doubt for a second that this will become a dungeon synth classic. Beautiful, well composed synths and dynamic instrumentation for a fully fleshed release, with Tolkien themes to make it even better. This is ripped from the original cassette, so the slight tape hiss adds great classic atmosphere. Absolutely a must listen. 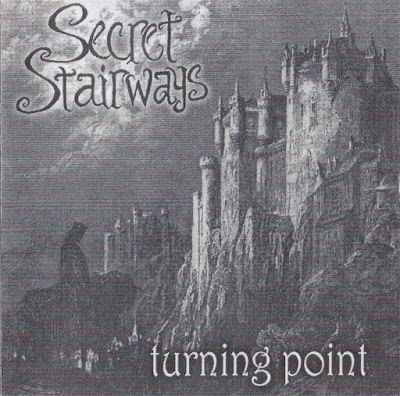 Two years later, in 1999, Secret Stairways puts out Turning Point, the debut full length on CDr. I think that instrumentation-wise this is an improvement from Enchantment. The production is more clear and professional and I feel that Matthew spent more time on the composition. Another incredible album. Included in the download are full scans of the CD case inlays and scans of the insert. Both of these releases have been virtually impossible to obtain until now, thanks again to David for providing these.